Growing up as an Albino

According to Merriam-Webster dictionary the definition of Albino is : an organism exhibiting deficient pigmentation; especially : a human being who is congenitally deficient in pigment and usually has a milky or translucent skin, white or colorless hair, and eyes with pink or blue iris and deep-red pupil.

In fact, Though the disorder is found in about 1 in 20,000 people in the United States, its prevalence is higher for other parts of the world where it can be as high as 1 in every 3,000 people in some parts of Africa reported by list.com.

Mr. Joseph Daniels share his story on growing up as an Albino in Compton, California.

1. What was is like growing up as an Albino?

I don't even know where to start. It was hard, I actually still struggle with accepting my albinism to this day. I couldn't be in the sun for too long but you can't ask a kid to stop playing outside to come reapply sunscreen. I couldn't count the amount of sunburns that I'be had. When I was about 7 I went to my family members house for the weekend and happened to go swimming and of course I was out there with no sunblock. My sister;s and cousins l noticed I was red and in pain. I ended up going to the hospital with 2nd degree burns. I had blisters all over. It was so bad that doctors wanted to call Child Protective Services on my parents. I'm always warned about skin cancer but I never take it seriously. My eyesight was horrible. I've always had glasses. My eyesight was always horrible and would go from bad to worse. It's gotten to the point where I had to learn braille out of fear that I would go blind. Growing up as an albino I had to develop tough skin. I never felt like fit in anywhere.

2. How many brothers and sisters do you have?

3. Are they any other Albino’s in your family?

Nope, as far as we know it's only me.

4. Growing did you feel like an outcast in your family and at school?

I've always felt like I didn't fit in. My social skills are kind of low up. I've always had friends but I didn't really feel any connection with anybody. As a kid none of the other kids in school never let me forget that I was an albino. I was a chubby blonde haired kid with freckles growing up in Compton, CA. I was white boy, freckle face, albino rhino,and ghost. My eyesight was bad so I always had to sit in the front of the class and sometimes that wasn't even good enough so I would have to get up and go loo at the board. I had magnifying glasses, and this one eyed binocular thing in order to see far away. I would also have to get my papers enlarged about 10 times bigger than everyone else. The bullying had gotten so bad that one time in the 5th grade that I was suicidal. I broke down in front of the class which led to me going to see a counselor for about 2 years which didn't work because I would never share anything due to the fact that I didn't feel like I could trust anyone.

They say you develop your personality by the age of 10 and i believe it. The way I was at 10 is the same way I am at 25. Shy, low self-esteem, but somewhat of class clown in order to fit in or draw some of the attention away from being albino.

5. I’m sure people stare, point and have questions,how do you handle these kind of situations?

To be honest I hate being asked about it. To me, I just feel like every adult should know what an albino is but apparently I'm wrong. I hate attention so any question automatically makes me jump on a defensive side until I know if its genuine or not. I have all black characteristics so I don't see how you could not know. I get questions like 'Are you white? Are you mixed? How are are both of your parents black but you're white?' It's even worse when it comes from kids because they have no filter. I could walk in a store and hear a kid say 'Mommy whats those dots on his face or Whats wrong with that man?' 2 years ago I took my nephew trick-or-treating and a kid asked his parent "what is he supposed to be". That's tough because I don't want to be rude to the parent and say 'get your kid' so I just ignore it but the damage is already done.

I don't like explaining to people what albinism is or how I got freckles but now I do. I'm not the one to educate you. I usually just get mad because I think they're taking me as a joke. If I do answer a question its short and simple.

When I was younger a lot of Hispanics would come to me or my mama and try to touch my hair for some odd reason. She hated that. I'm shy so a lot of the times I would ignore everything. I would be on a bus going to school and hear people have a full on conversation about me like something was wrong with me. To be honest music helps me deal with everything. Its like a shield from the world. 25 years of being being albino and I still couldn't tell you how I handle it. When I go out I always have earphones in. I don't dance when I go to clubs or parties because I don't want the attention. I'm already albino I don't want want to give anyone else a reason to look and stare. From years of being treated like an outcast I developed an angry bitterness and hatred towards people. I'm no longer scared to stand up for myself, if I have to but I just hate the attention. I just prefer to be treated like I'm normal. I get told that I'm a genuine person but if you didn't know me it seems like I'm mean or unapproachable but I guess its defense mechanism. As I grew up, I wanted people to leave me alone. I don't want it to seem like I'm a walking target it has gotten better as I've gotten older. If you say something dumb to me now, we're fighting. I kind of have an "I don't care" mentality when it comes to everything now because I feel like no one will accept me if I don't accept myself.

6. What are some of the pros and cons you face daily because of your skin?

Pros: I have no idea. I recently read a book by Charlamagne The God called "Black Privilege: Opportunity Comes to Those Who Create It" where he basically explains that its a privilege to be whatever you are, you just have to unlock it. I haven't gotten to that point yet. I don't leave the house and see people who look like me, I don't see albinos on TV, I never learned about any important albinos in school so I guess I should use my differences to create a lane for myself. I think I stand out in a good way though. I'm easy to remember. Being different has taught me to accept everyone. I know all too well how it feels to not feel wanted so I believe its made me a better person. I care a lot.

Due to my poor eyesight I was with a program called The Foundation For The Junior Blind where I'd go on all type of trips that I normally wouldn't get to experience. I gone to the hot springs in Mexico, camping trips, parades, toured San Francisco all with people who were blind or legally blind. I didn't feel like much of an outcast at that point. I met a lot of good people.

Cons: Poor eyesight, sensitive skin. People always say being different is a good thing until that decision of being different is made for you. A lot of times I'd hear 'Man, if I was albino I'd use that shit to my advantage" but that's because they don't really have to be me. You ever heard to term 'Everybody wanna be a nigga but nobody wanna be a nigga? That's how I feel about me being albino. I don't want to play the victim roll. I guess there is cons to everything but it could be a lot worse. 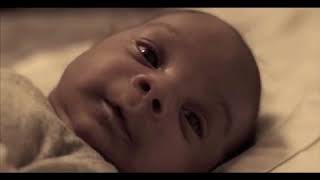 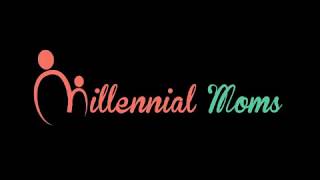 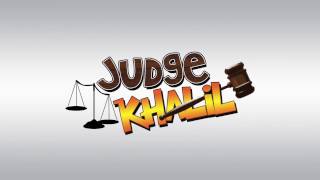